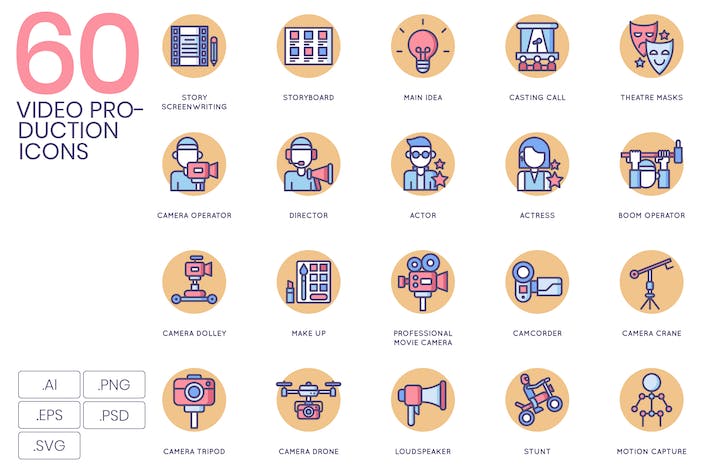 We have 60 Video Production Icons for you! If you’re thinking of getting into the scene, these can serve as your visualization! Use it as images in your presentation, marketing, or maybe you’re thinking of creating a website or app, sure! These Video Production Icons can be used however you want them to be! Go out there and spread your ideas to the world!

What You Will Receive?

“These are top notch icons, the files were also set up perfectly! If I could, I would have custom icons created by them!” - AustinTBiggs

“The icons are really well made, It ships with 5 different file formats which makes it really easy to use it for websites and or creating brochures and flyers” - sebastianobellinzis

“Amazing icons, my sites became shiny after adding them to my homepage.” - A-works

Our icons are 100% vectors, so you could easily scale or customize them to your liking!

Thank you for stopping by :) Check out our other icon sets below.