All items/Stock Video/
Love this item?
Subscribe to unlock this item, plus millions of creative assets with unlimited downloads.
Subscribe to downloadDownload Preview
Already an Envato member? Sign in here. 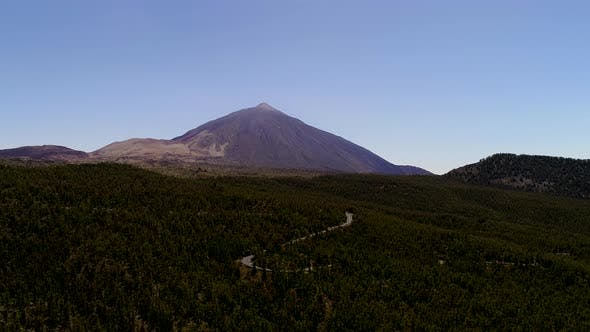 All items/Stock Video/
Love this item?
Subscribe to unlock this item, plus millions of creative assets with unlimited downloads.
Subscribe to downloadDownload Preview
Already an Envato member? Sign in here.

The park has an area of 18,990 hectares located in the municipality of La Orotava[citation needed]. It was named a World Heritage Site by UNESCO on June 28, 2007. Since the end of 2007, it has also been one of the 12 Treasures of Spain. On a ridge, to the east of Teide, are the telescopes of the Observatorio del Teide.

Teide is the most visited national park in Spain and Europe and −by 2015− the eighth most visited in the world, with some 3 million visitors yearly. In 2016, it was visited by 4,079,823 visitors and tourists reaching a historical record.

There are morning and afternoon coach trips through the park, departing from selected areas in the south of Tenerife's tourist towns. Access to the peak requires a free permit that needs to be booked in advance.

The Teide National Park has a large historical value. This place had an important spiritual significance to aboriginal Guanches and important archaeological sites have been discovered in the park. For the Guanches the Teide was a place of worship, they thought it was the gate of hell (Echeyde).

National park status was declared on January 22, 1954, which was one of the third in Spain. In 1981 the park was reclassified and established as a special legal regime. In 1989, the Council of Europe awarded the European Diploma of Protected Areas, in its highest category. This recognition and conservation management has been subsequently renewed in 1994, 1999 and 2004.