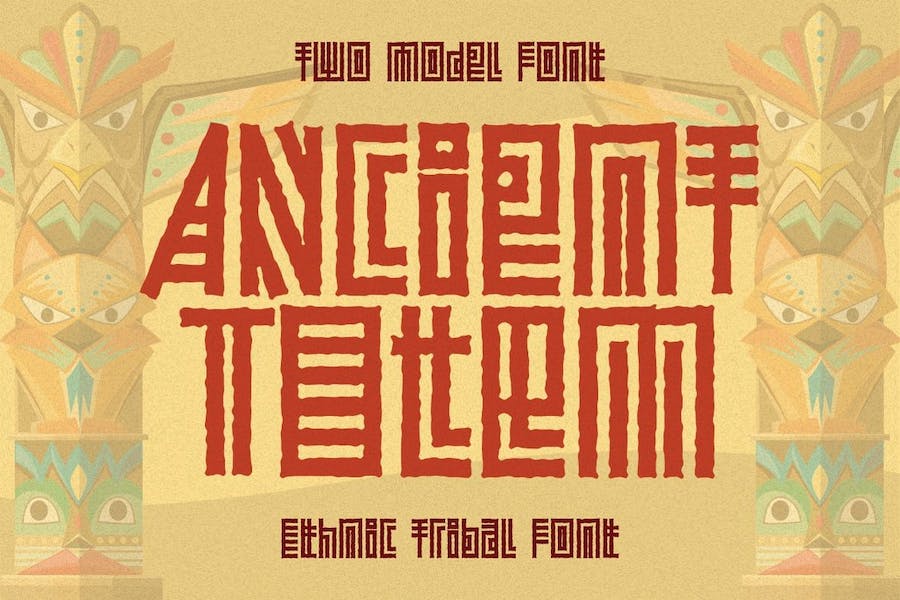 This font is perfect for projects with tribal and ethnic themes. But this font is also suitable for logos, branding, greeting cards, invitation cards, advertisements, titles, headlines, book titles, stickers, packaging, quotes, posters, billboards and others.

This font can be used and supported in various programs and OS, such as procreate, cricut, windows, macOS and others. This font is also support multi language.

Note : The preview mock-up, element, shadow, image or graphic stock is not included in the download file. It’s only for presentation purpose.