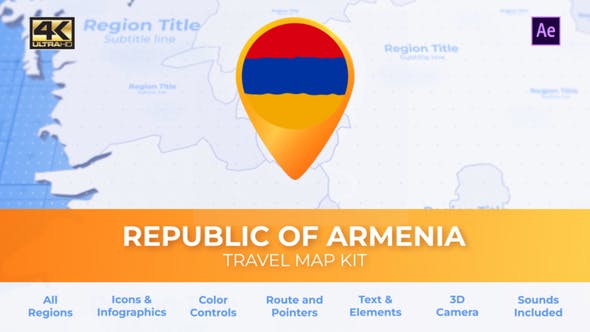 Armenia, officially the Republic of Armenia, is a landlocked country located in the Armenian Highlands of Western Asia. Armenia is a unitary, multi-party, democratic nation-state with an ancient cultural heritage. The Kingdom of Armenia reached its height under Tigranes the Great in the 1st century BC. The modern Republic of Armenia became independent in 1991 during the dissolution of the Soviet Union.

Armenia is divided into ten provinces, with the city of Yerevan having special administrative status as the country's capital.

Let me present to you a my new project: Armenia Map - Republic of Armenia Travel Map