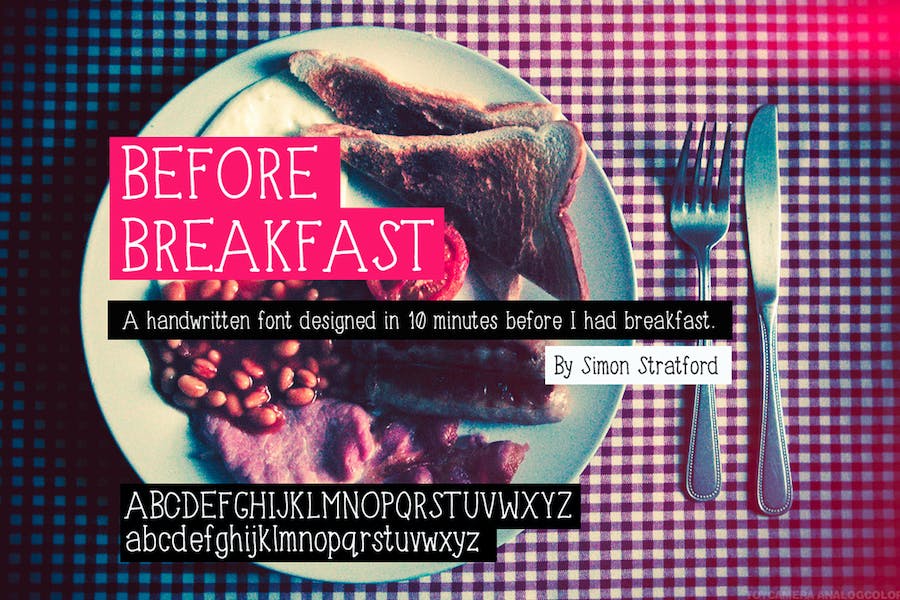 I created this font on my Ipad in less than 10 minutes, then I had breakfast. So I decided to call it before breakfast.

It was literally drawn with my fat index finger—that's a first for me.

It's a fun, handwritten typeface that probably breaks every rule in typography. It has uppercase, lowercase, numbers, maths and punctuation glyphs.

It looks a bit cute, that's a surprise for me, I'm like a bull in a china shop normally!

It only has one style—regular, but comes as

It has no ligatures or contextual alternatives. The font has Latin character set and supports