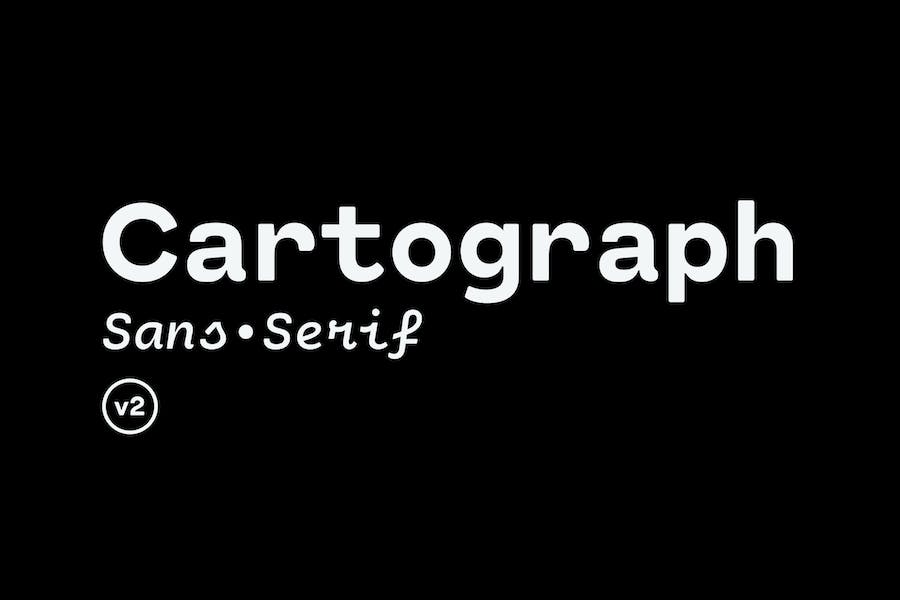 A monospaced typeface with character and warmth, Cartograph is a handsome font family featuring a lush, cursive italic, code-friendly ligatures, and a proportional set accessible via OpenType. A tribute to the utilitarian beauty of terminals and typewriters, Cartograph excels in both code and prose.

Version 2 includes redrawn glyphs for better legibility, expressive new italics, an expanded set of glyphs, custom code-friendly ligatures, Greek and Katakana support, and much more. Cartograph Sans has been rolled into the main font file, and is now accessible via OpenType Stylistic Set 05.