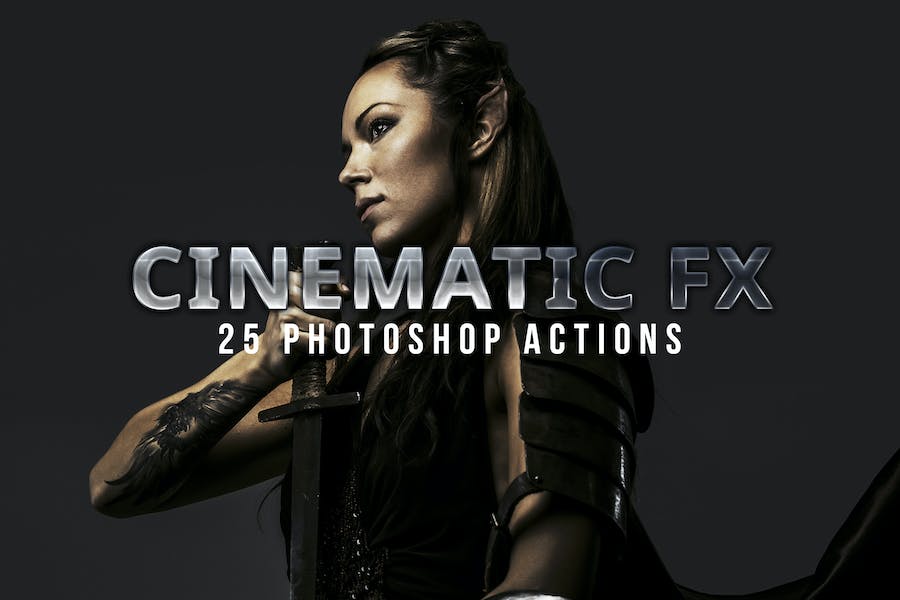 Simulate the look of cinematic effects used in movies and TV series. This set of 25 Photoshop action contains 19 cinematic looks and 6 tonal adjustments. Many of these effects were created by sampling and comparing before/after photos of movies such as “300”, “Skyfall”, “Life of Pi”, “Alice in Wonderland”, “Matrix”, and more!

Play one action and all the effects will be generated for you! Using Photoshop’s snapshots feature, you can switch between the effects instantly without running another action.

Because these actions use RGB curves to change the color and contrast, they give you the maximum image quality, dynamic range, and consistent results with any photo. All the effects are created using nondestructive layers – no raster layers!

Photoshop CS6 and CC has some amazing video editing capabilities and you can use these effects in your video. Simply open your video file and run the actions. Using the Snapshot Prerendering feature, you can preview the effect as the video is being played (See video for demo)!