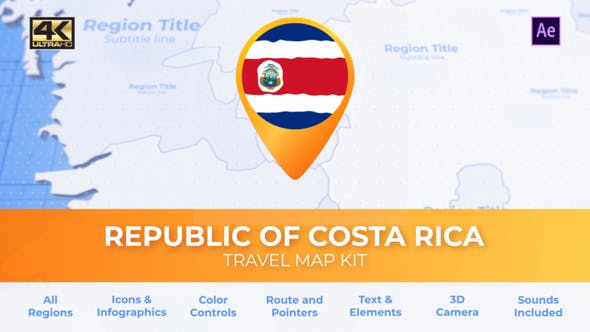 Administrative divisions of Costa Rica Costa Rica is composed of seven provinces, which in turn are divided into 81 cantons (Spanish: canton, plural cantones), each of which is directed by a mayor. Mayors are chosen democratically every four years by each canton. Alajuela, Cartago, Guanacaste, Heredia, Limon, Puntarenas, San Jose.

Let me present to you a my new project: Costa Rica Map - Republic of Costa Rica Travel Map.