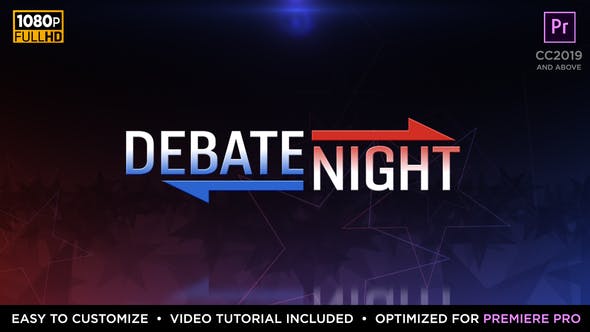 Debate Night Synopsis Our Debate Night graphics package features a variety of graphics perfect for building or covering any political debate. The versatility of Debate Night could even include patriotic, American, or 4th of July themed projects!

As with all MotionRevolver projects, Debate Night comes bundled with detailed video tutorials to help walk you through the customization process!