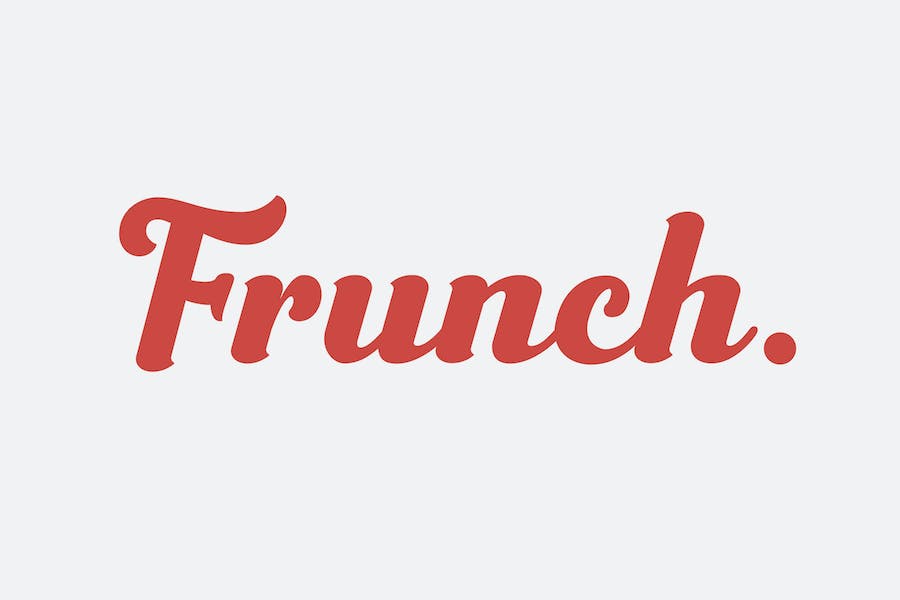 Frunch comes to you with several alternate letters for you to play with and the complete set of lowercase-letter swashes that make your words look delicious and stand out.

The OpenType features Frunch has: Stylistic Alternates, Swashes, Ligatures, Discretionary Ligatures, and Contextual Alternates. It's a PUA encoded font that can be used in any program by using your operating system’s utilities such as Character Map (Windows) and Font Book (Mac) as well as Illustrator, InDesign, Photoshop, etc. For folks who doesn't have OpenType-supported software, I include the Swashes as a separate font.