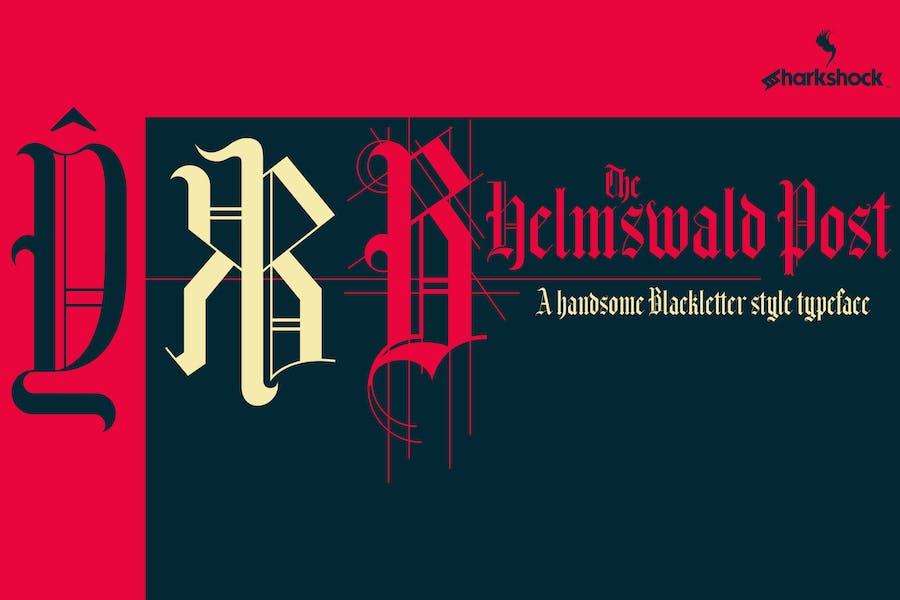 Helmswald Post is a handsome Blackletter that's been years in the making. After Enchanted Land was created the idea for a medieval script with a more modern feel materialized. There's a large mix of wispy terminals, flamboyant caps, and the use of negative space to create contrast. Elements from many different letters and time periods make their way into this beautiful display font. Basic latin, extended latin, punctuation, ligatures, European accents, diacritics, alternates, and Cyrillic characters are included. There are many blackletter fonts out there but very few with Cyrillic characters for Russian, Ukrainian, or Macedonian. Romanized Capitals and alternates are included by using the alternates or stylistic sets. Old world numerals may be substituted by accessing the stylistic sets as well.