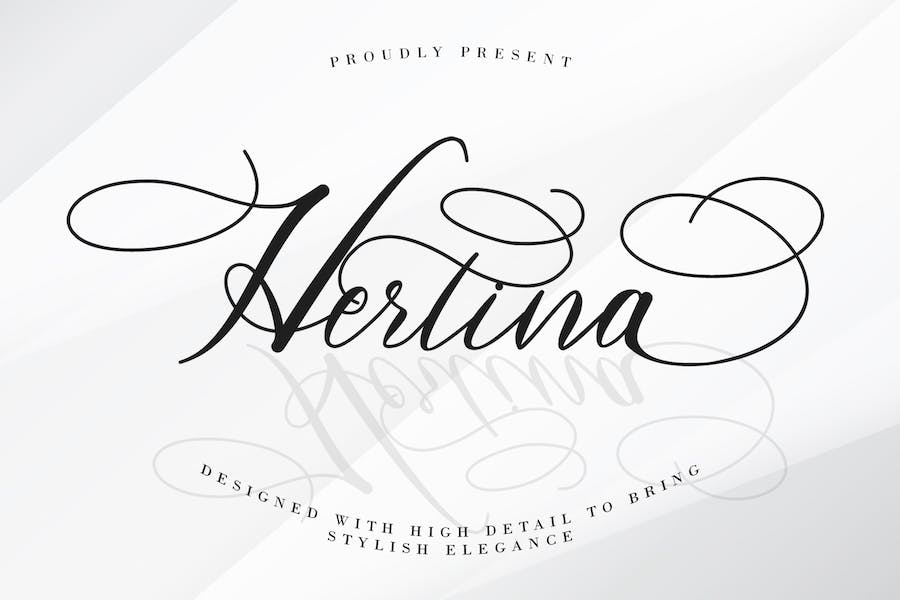 Hertina designed With High Detail To Bring Stylish Elegance. this font is for those who are in need of an elegant and appropriately modern calligraphy script. that are also beautiful. ! This font is PUA encoded which means you can access all of the awesome glyphs with ease! It also features a wealth of special features including ligatures, titling and swash.

Thanks for checking out my store. by Letterara