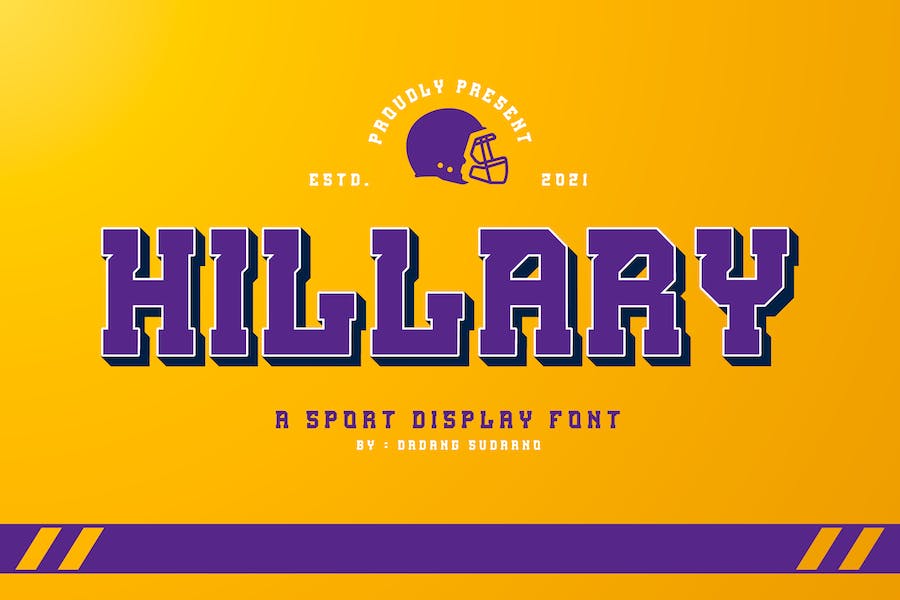 “HILLARY” is a sport display based typeface which includes 5 variations. It has a strong image that be inspired by sport branding. It was created to be tall and bold. It also has a beautiful spacing between each character. Easy tweaking shape make the logo, headline, banner, title, jersey and wordmarks more outstanding when it is used. Suitable for Esport, Sport and Gaming Team logo.