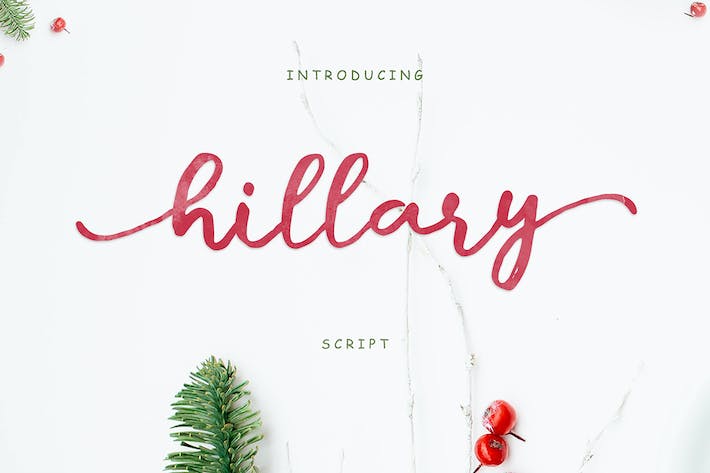 Hillary Script, a handwritten, hand-traced and digitized typeface that you can use in all sort of design projects - branding, invitations, quotes design etc.

The lowercase go with initial and end swashes as well.

The fonts are fully unicode mapped so you can use them basically in any software. If the software you are working in is not OpenType-aware one (eg Silhouette), you'll need an additional software to help you to find the glyphs you want - PopChar (MAC & Windows) or Ultra Character Map (MAC) will do the job. You can also use Character Map (Windows) or FontBook (Mac) - these are default applications.

Hillary Script Otf. Hillary Script Ttf. For folks who do not have opentype capable software : There are additional ways to access alternates/swashes, using Character Map (Windows), Nexus Font (Windows), Font Book (Mac) or a software program such as PopChar (for Windows and Mac).

Most of the european languages supported (no cyrillic or greek support)

Thank you for checking! I really hope you love it. More importantly, please don't hesitate to let me know anytime if you have any issues or queries. I will respon immediately.