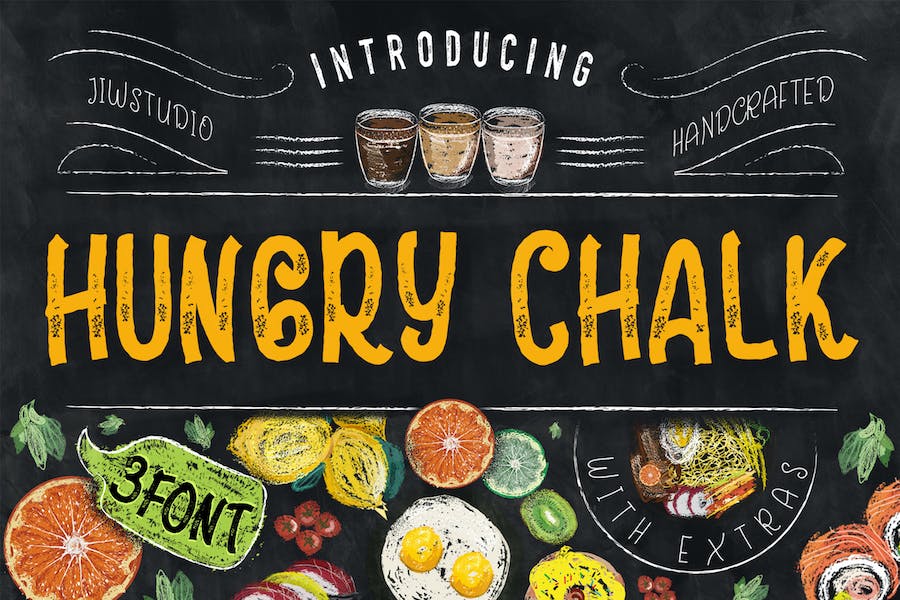 Here is new product, It's called HungryChalk. HungryChalk inspired by many lettering on menu board the cafe, and it's specially designed for the cafe and restaurant who use chalk concept, for lettering, logo, posters, etc. and also a touch of extras makes this font look stylist.

This is what you'll be get :

Thank you and enjoy designing :)