Whatever your budget or timeline, this framework will keep your production process on track.

Creating great video content can be as complex and multifaceted as a blockbuster movie, or as simple and playful as a 10 second stop motion video. But whatever your video content goals, one thing is certain: you’re going to need a process for creating a video that takes you from concept to delivery.

This process is known as video production and it consists of 3 stages:

Once you’ve set your objectives, are clear about your core message, and have identified the type of video you want to create and which channel your final product will be published on, you need to take a few important steps to make sure your production goes off smoothly: 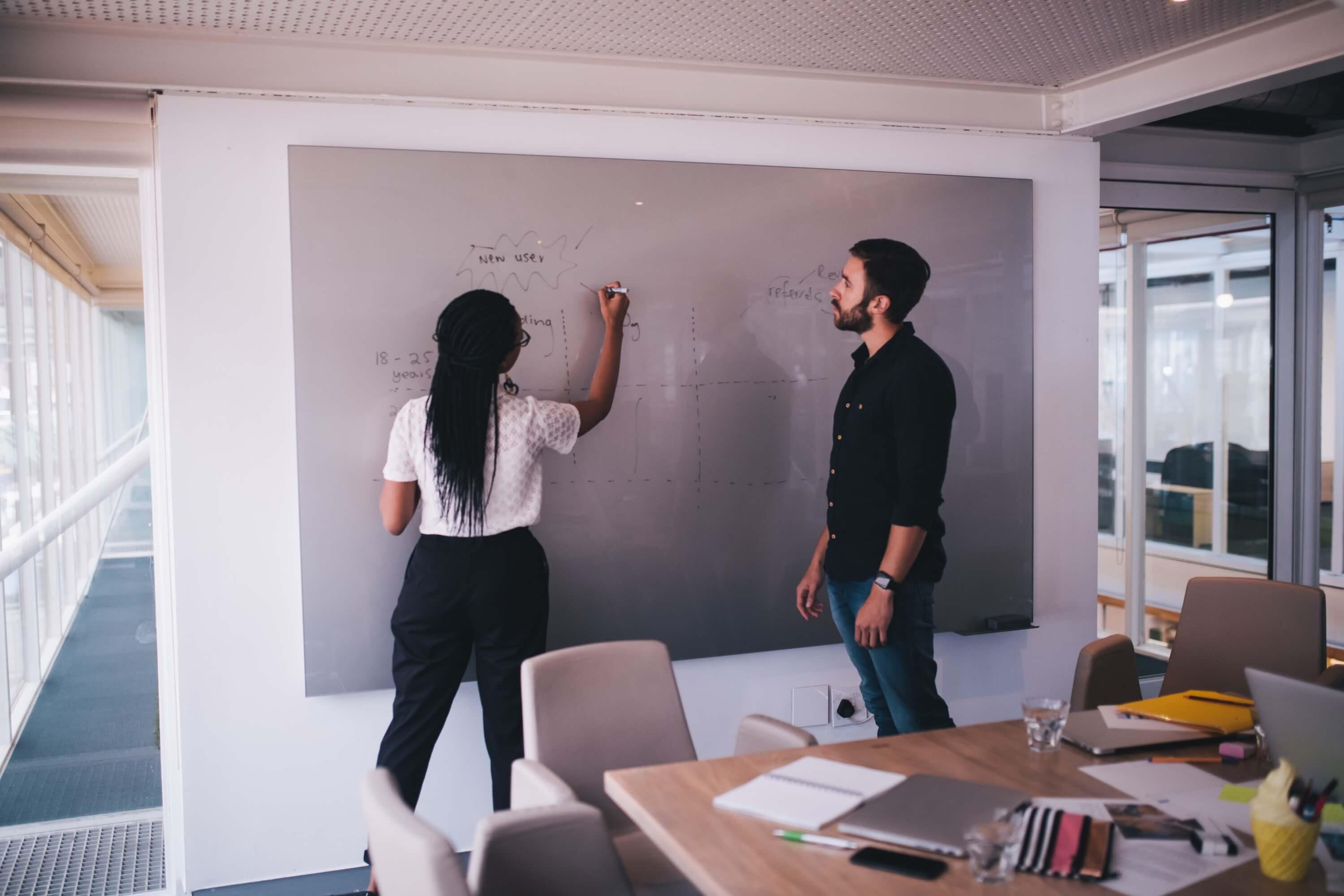 Pre-Production is the planning phase of video production. In this part of the process you need to decide what you want to do, and what resources you require to make it happen. This includes writing a script, establishing a production budget, gathering your props, scouting a location, and more. For a detailed explanation of the different elements involved in pre-production, read on.

The equipment you need to produce your videos depends on how complex your video will be. It is entirely possible for a small business to create killer videos using just the camera in a smartphone, just as it is quite feasible to use one or more dedicated video cameras, lights and microphones for a more complex video production. As for props, again these depend on the type of video you will be shooting. If you’re telling a story that involves loads of different scenes, you’re going to need to have plenty of props to make the scene convincing, whereas if you’re taking still photos of a piece of merchandise that you plan to combine to form a stop motion animation, then all you’ll likely need is a plain backdrop.

A big production may need to hire actors or models, but if you can’t afford to do so, think of co-opting employees, family or friends to help you out. It’s also critical to determine the location for your video shoot. A big production may require a location scout, permissions, etc, while a small production may simply be able to convert a space in an office or home into a temporary studio in which the entire production is recorded.

A production team is responsible for creating your video and is usually made up of one or more videographers and sound recorders, a director, and an editor. But it could also include wardrobe, makeup and any number of other staff. Most small businesses won’t be able to afford a large production team, and this is a good reason to keep video concepts simple, so that execution can be equally simple and possible to carry out alone, or with just one other person.

To keep production on track and make sure your video is delivered on time, it’s a good idea to set deadlines for completing the script or storyboard, shooting the video, editing the video, and delivering the final draft. Getting those dates on the calendars of everybody involved in production goes some way towards keeping the process on track and ensuring a timely delivery. It’s also worth having a run sheet, particularly for more complex shoots, to outline how the shoot will unfold and provide the details and contact numbers of those involved.

By now you’ve begun to get an idea of how expensive some video productions can be, and you understand that to turn concept into reality you need to itemize the possible costs involved to get a grip on the total expenditure. Even if your production is small and simple, it’s still worth considering what costs could possibly come up and planning for them in advance.

A script or storyboard will guide the production process and is one of the most critical aspects of video marketing pre-production. Without a great storyline, your video has little chance of success. Remember to deliver your marketing message early, make your script or storyboard engaging and compelling, and include a call to action. For more on script writing and storyboarding, check out these two great articles: Business 2 Community’s 15 Easy Tips for Writing Video Marketing Scripts and Vidyard’s The Non-Artist's Guide To Storyboarding Marketing Videos. 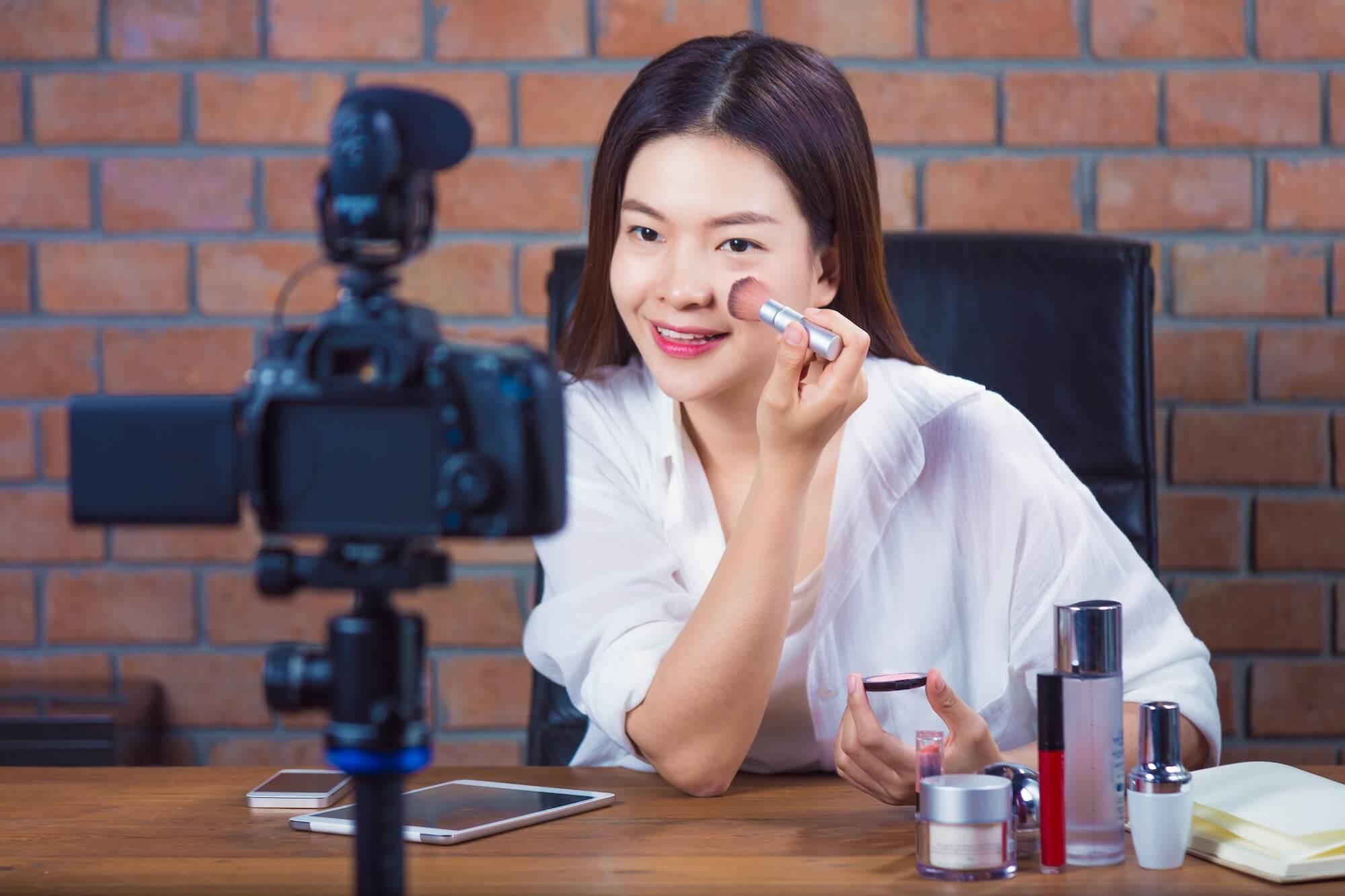 This is the phase of the video production process where you carry out what you planned in the previous step (pre-production). Here you will capture the images and audio you require, from interviews to footage shot on location, to be edited into your final video in the post-production phase.

All videos need images but the kinds of images you use will vary widely depending on the type of video you’re creating. For example, if you’re creating a stop motion video or a motion graphic video, you’ll need an abundance of still photos. However, if you’re creating moving images then you need to set up equipment, like a video recorder, audio recorder and a good lighting system. Video Production on the Go is a good place to start for more info on the video creation process.

For many kinds of videos, like interviews, customer testimonials, etc, most of the sound is recorded at the same time as the images. For other videos, however, again like stop motion, animation, or motion graphic videos, there is no sound recorded at the time the visuals are captured, so you’d definitely need to either create a voiceover independently, or record your own sound effects. 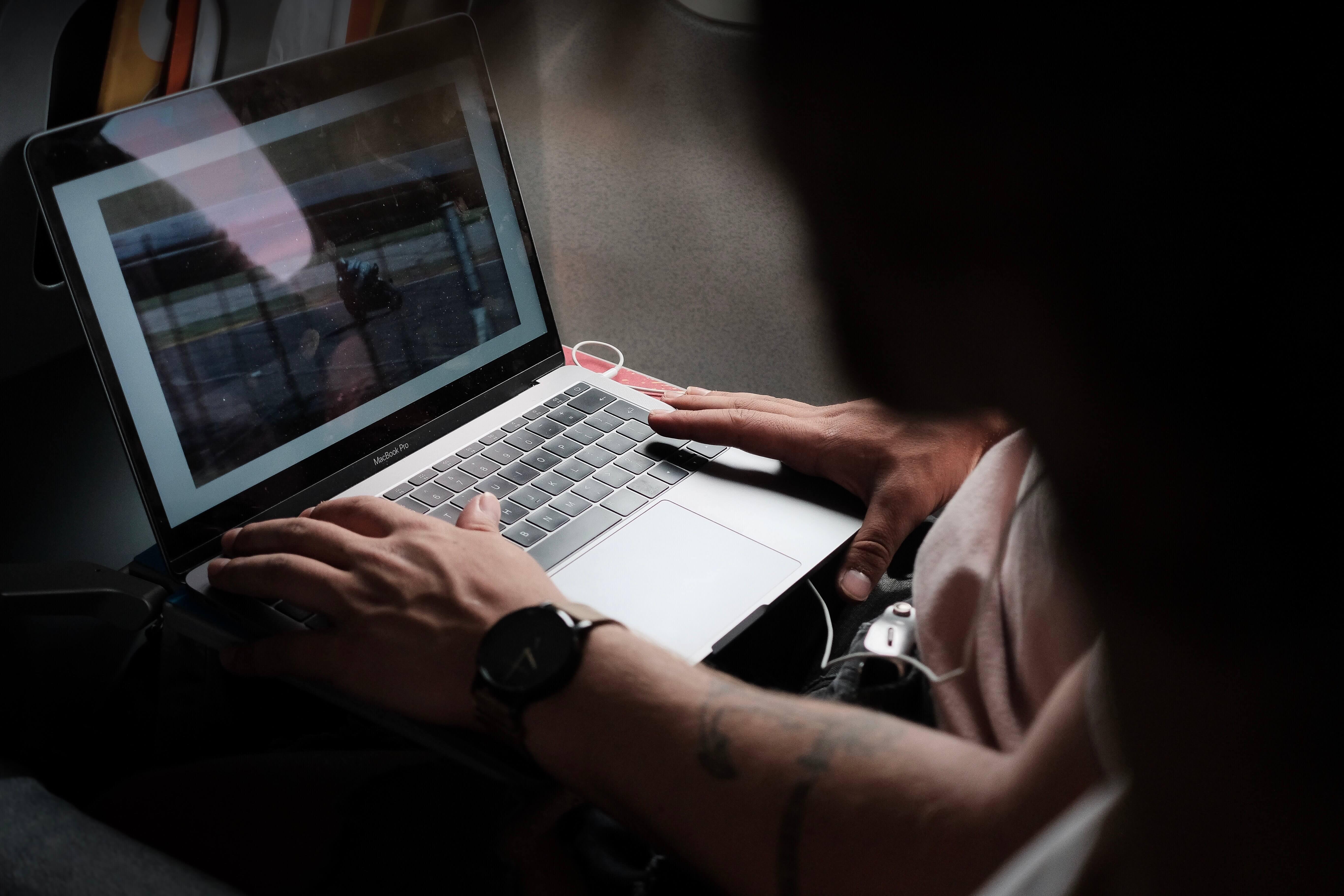 Post-production if when you edit the material you obtained during video production to create a video. This could include adding music, sound effects or motion graphics. You need the appropriate video editing software for post-production, such as the Adobe suite or an in-browser video editor like Placeit. Remember, if you nail your planning and execution, the post-production process will be much easier.

Once you have your images, video recordings, and audio recordings, you may find that you need music and/or additional sound effects and graphics to complete your video creation. When you’ve sourced all of your various resources, it’s time to put everything together using tools like Placeit’s Video Maker, or video editing software like Adobe Premiere Pro or Adobe After Effects. To find out more about video editing, the Tuts+ course Introduction to Video Editing is just what you need.

After the video has been created, the next step is to review it and make revisions as needed. Once all tweaking has been completed and the video has been approved, you can export and upload it to your target platform, be that YouTube, Wistia or a social channel. 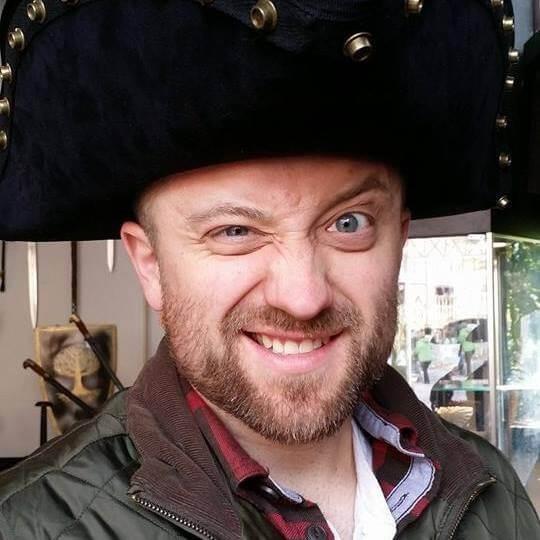 We all want to create videos that engage our audiences and persuade them to take action, but for video production novices, this is often easier said than done. That’s why we got Tyson Frantz, the Senior VideoHive Reviewer at Envato, to share his 5 tips for making a good video. Here’s what he had to say:

Then shoot all your videos with a smartphone. Smartphones have changed the game when it comes to creating great videos at very little cost.

Attention spans have shrunk significantly, so for social media keep your video content under 1 minute and make it attention-grabbing.

No one wants to see the same thing over and over, so keep content fresh.

Use every social media platform available to you, where you know your users are active. When it comes to video marketing, there is no such thing as too much exposure.

According to a Wyzowl report for 2019, 87% of businesses now use video as a marketing tool, and 74% of marketers who are not currently using video as a marketing tool say they expect to start doing so in 2019. This means that if small businesses and social media marketers want to cut through the noise and reach audiences efficiently, they’ll have to increase the quality of their videos and make them more shareable. To do this, you need to scale your video production. Scaling isn’t easy, especially when you’re on a budget, but here are some tips that might help save you time and money: 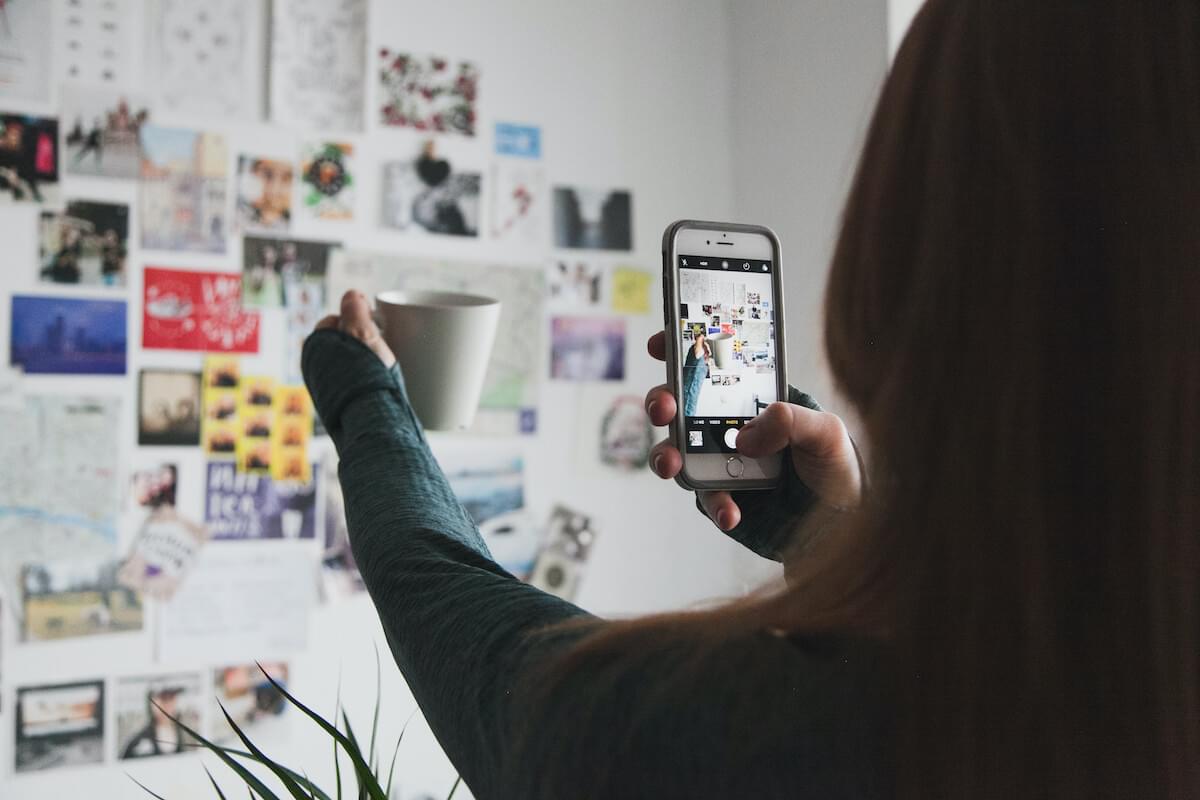 What can we learn?

Next, in Chapter 7, we’ll tackle a topic that is on every business and marketer’s mind: Video Cost. Discover the answers to such burning questions as: How much does a video cost to make? What is affordable video production? And, where do I find royalty-free music and sound effects for my video?

If you want to create great videos, take some advice from the brands and influencers who’ve conquered the format.

Costs can be saved at every stage of video production. This chapter will help you decide which video type and approach is right for your project.

From picking a placement to creating a video ad, find tips, tricks and inspiration to ensure your next campaign performs as expected.