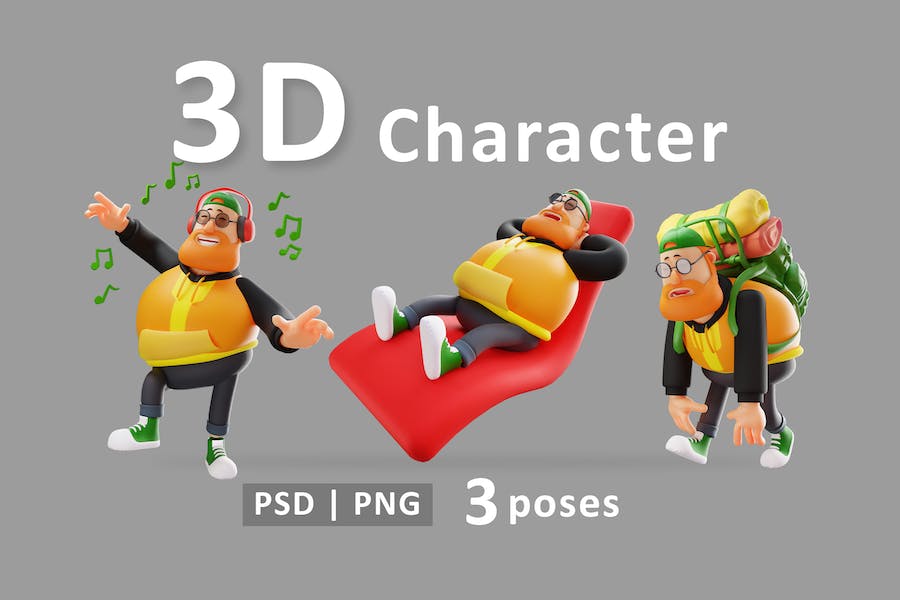 Fat Male Character With Different Pose 3D Fat Male character in two formats : PSD and PNG. You can easily change the background for the character in Adobe Photoshop

Inside the Zip file :

Thanks for downloading! I hope you have as much fun using it as i did making it