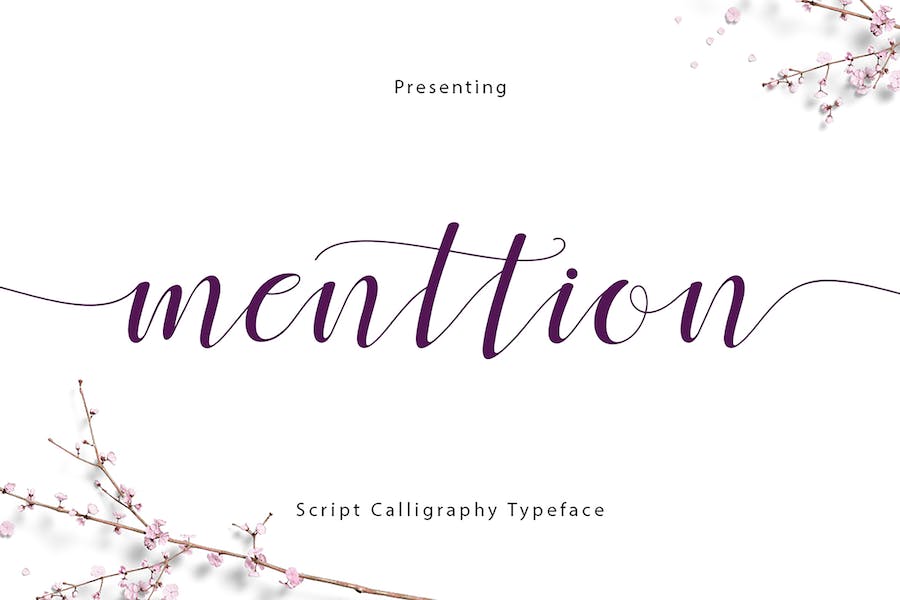 Menttion Script, connecting script, designed to convey elegance and style. It is slender, feminine and friendly, let alone sexy. Menttion Script will work perfectly for fashion, e-commerce brands, trend blogs, or any business that wants to appear classy and chic.

The font is ideal for high-end logotypes and magazine headlines, but let’s not forget greeting cards, invitations, posters, ads and the various web usages.

When it comes to the glyph set, well, Menttion Script has quite a lot of that (382 glyphs) - think multiple languages, swashes and stylistic alternates to unleash your creativity. For all pragmatists out there, there is also a basic version of the font with an extended latin glyph set (no swashes, contextual alternates or stylistic sets).

There are additional ways to access alternates/swashes, using Character Map (Windows), Nexus Font (Windows), Font Book (Mac) or a software program such as PopChar (for Windows and Mac).

Thank you for checking! I really hope you enjoy it.