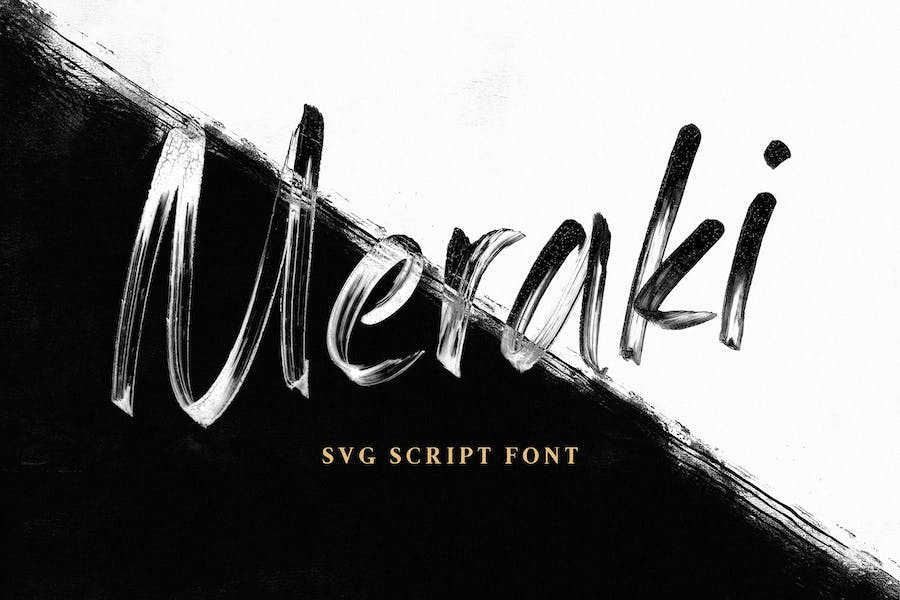 Please note: SVG Fonts (aka Color Fonts) require Photoshop CC 2017 or Illustrator CC 2018 (or newer). This product does not include a converted vector font however it does include a PSD file containing all of the full resolution glyphs.

The Word 'Meraki' is often used by the Greeks to describe doing something with soul, creativity, or love; it's also the perfect summary for my feelings toward font design, particularly since the launch of the SVG format. Having the ability to skip the vector process (the slaughterhouse for textures) is an absolute game changer; Something that's immediately noticeable when using Meraki Script.

What are SVG Fonts? SVG is an entirely new font format that functions similarly to standard fonts. The big difference is that this new format allows font designers to incorporate as much detail as we wish into our creations by using high-resolution bitmap images as opposed to vector

As always, if you have any questions or feedback, I'd love to hear from you.