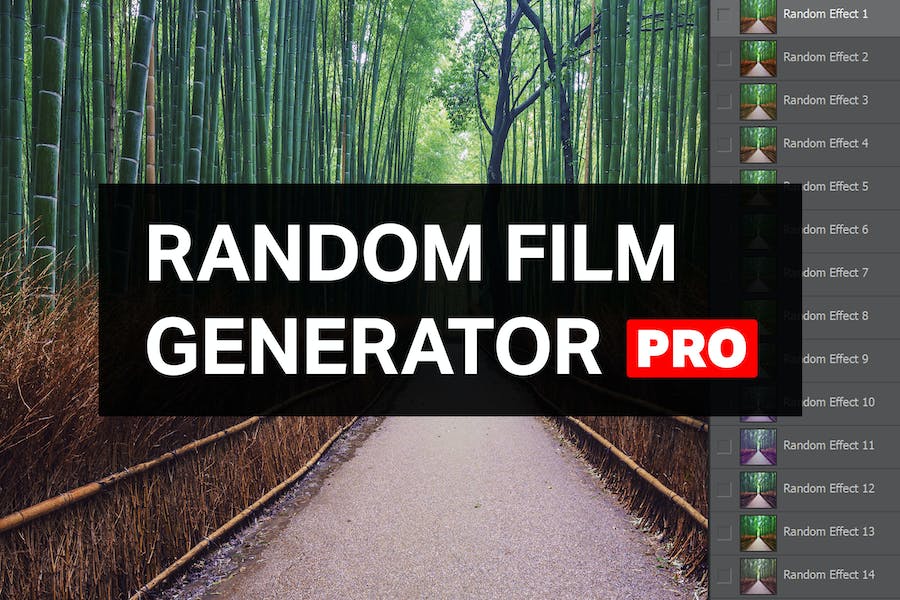 Create unlimited random film effects in just one click with these Photoshop actions. You can get effects that look like photographic film, expired Polaroid prints, and more. The actions can generate up to 20 effects at a time and the effects can be exported as LUTs to be used in other software.

Generate up to 20 effects at a time using a combination of tonal and color adjustments.

✔ Save Time with Snapshot Prerendering

Play one action and pick the effects. This saves you time because you can switch effects instantly without having to play each action one-by-one.

✔ Compatible with LUTs (Photoshop CC Only)

These effects are created with LUT-compatible adjustment layers. Easily export the randomly generated effect into various LUT files that you can use in other software such as Adobe Premiere and Adobe Media Encoder.