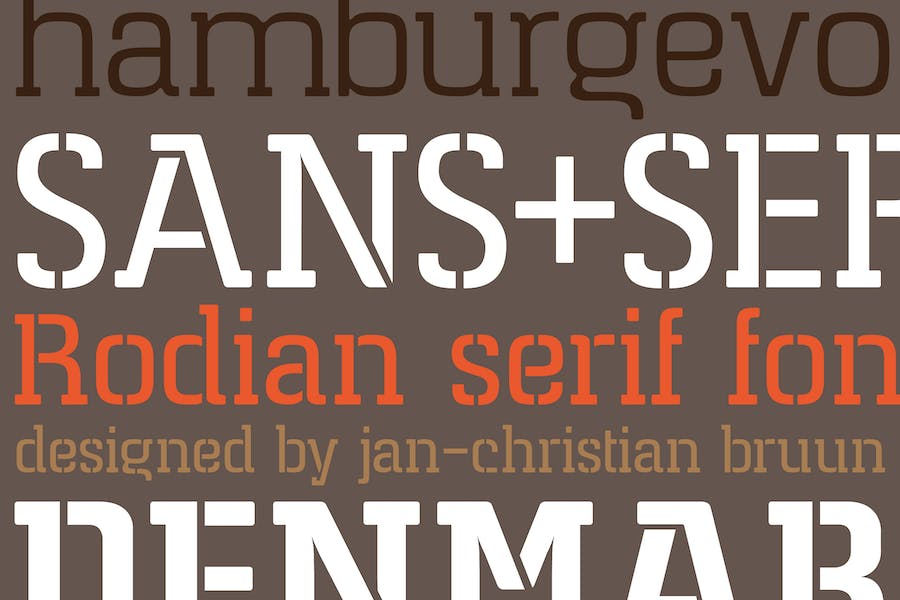 Rodian Serif is a rounded font typefamily. The font is a new re-designed version of one of my old fonts "Rodian" which was a classic font. But I picked it up for a new consideration, and drew a more modern font. I have received many inspirations from the city, the american subway, and the clean lines of the many fonts that you find around the inner city.

The idea was to create a font that expresses the soft and still a little raw form. The name comes from an old Danish movie where one of the character called "S.P.R.F. Rodian" and is the author. It is a very untraditional Danish name, which I took as a basis in the font. The name is old-fashioned, but the font is modern.