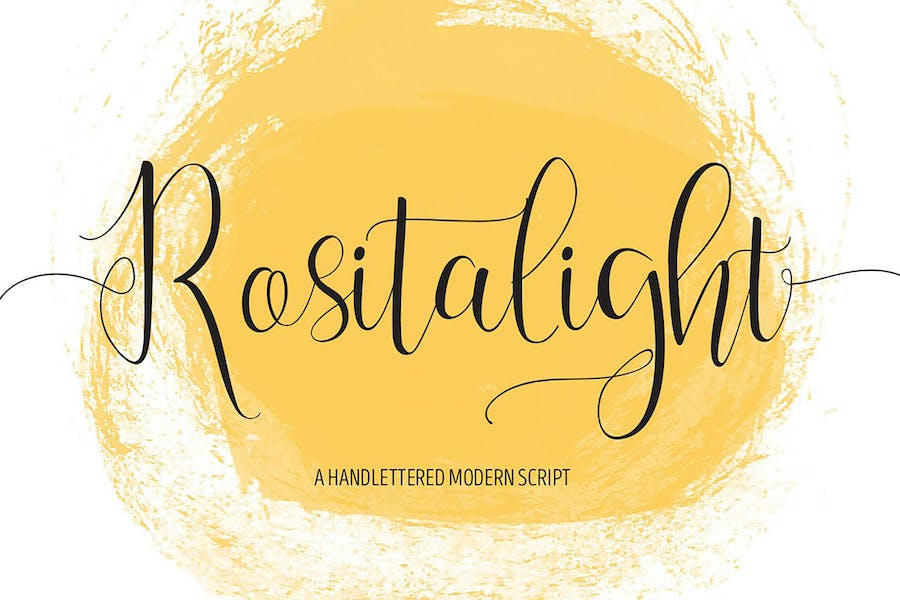 Rosita Script ﻿A fantastically elegant connected script, making it possible for you to trigger beautiful hand-made calligraphy in an immediate. With much more bouncy curves & loops, Rosita Script is guaranteed to make your textual content stand out - best for emblems, revealed costs, invitations, cards, product packaging, headers and also anything your creativeness holds.

What's included in the download? You will receive 2 font files;

Rosita Script comes with beautiful uppercase and lowercase alternates, ligatures and loved by swashes.The good news is you do not have to bother accessing all the characters, because Rosita Script is a font family that has been in condition to be used from features such as Stylistic Alternates, Contextual Alternate , Swash, Titling Alternate, and Ligature (which also use opentype features like Photoshop, Illustrator, Indesign etc). No special software is required to use the Rosita Font.

Fonts are provided in both TTF & OTF formats. I recommend installing the TTF files, and the OTF only if necessary. There is no difference in function with either format.