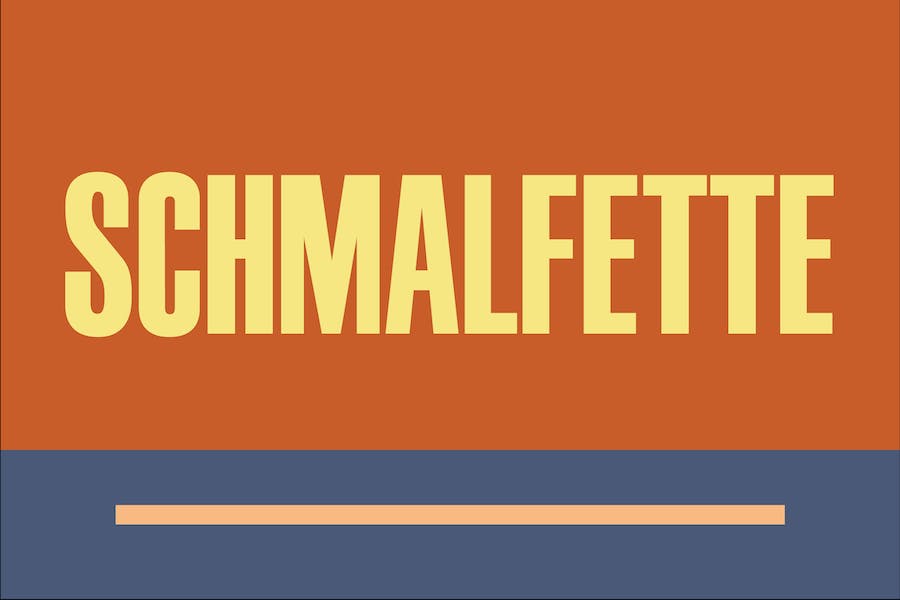 Schmalfette is the result of another forgotten typeface being brought to Jason Walcott's attention by designer Rob King. King suggested that Walcott revive this wonderful sans serif typeface from the mid 1950s. Originally designed by Walter Haettenschweiler in 1954, Schmalfette Grotesk was used for many years in the German magazine “Twen”. The typeface was notoriously hard to acquire at the time and graphic designers in the USA often resorted to cutting letters from the Twen magazines and reusing them in their own designs.

At Rob King’s suggestion, Jason Walcott has strived to recreate the most faithful digital revival possible of the original Schmalfette Grotesk with this new version of Schmalfette. In some cases small changes were made to accommodate today’s digital needs, but anyone who has ever searched for this typeface now has a version available that most closely resembles Haettenschweiler’s original work.

Schmalfette comes in OpenType format in both .ttf and .otf files and offers support for all Latin based and most Eastern European languages.