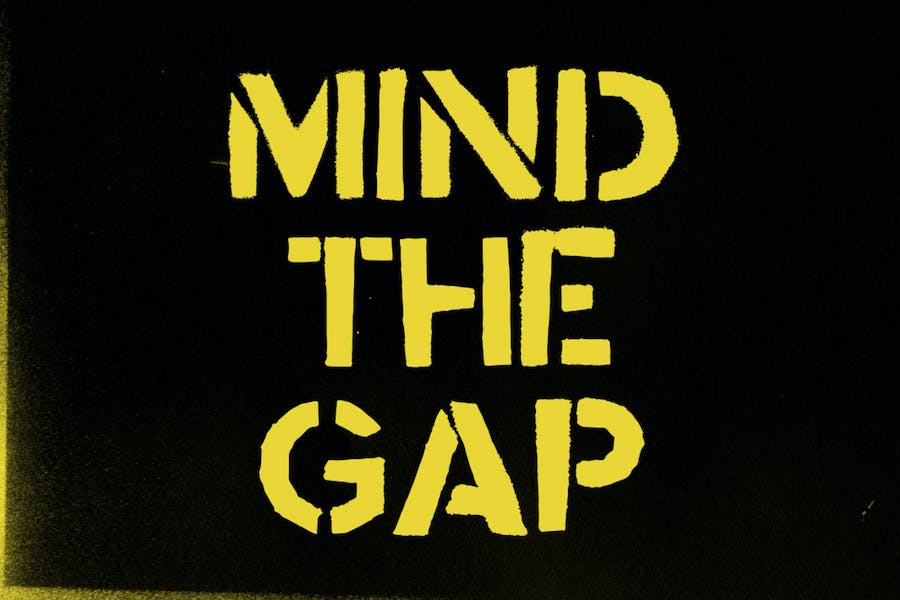 Mind the Gap was born out of the frustration of the love/hate relationship I have of the daily commute.

I'm not sure if it's just a London thing or if it's the same in New York City, Paris, Madrid, Seoul, Shanghai, Beijing, Mexico City, Moscow, Tokyo and Berlin.

It was created by hand cutting letter stencils and spraying them with black paint. This gives it an industrial almost military look and feel.

It's deliberately not perfect I wanted it to be dirty so it looks more real and has a bit of personality.

That means is you can change out repeated glyphs with alternatives.