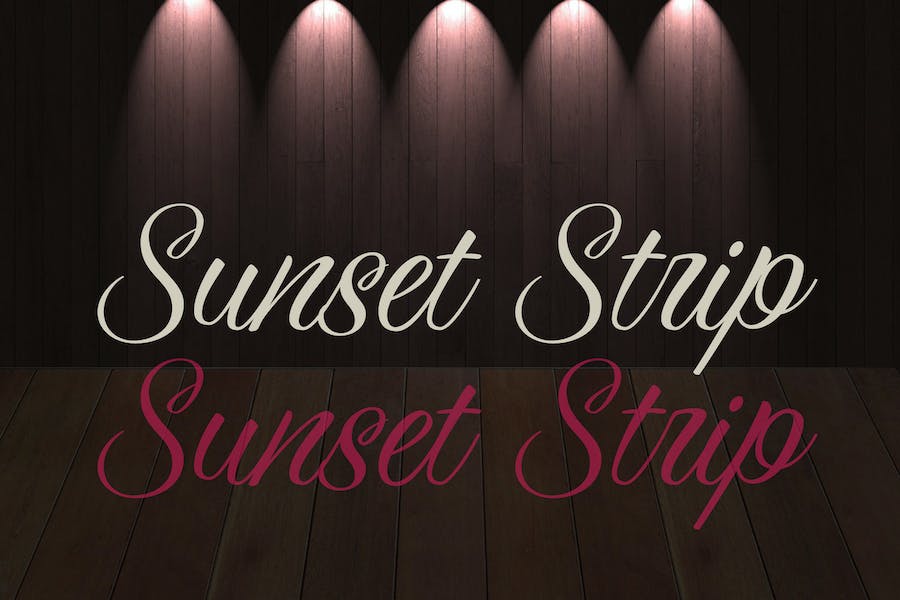 Sunset Strip is a beautiful casual script font with a wide range of applications. This original Jason Walcott/Jukebox font is another in the series of typefaces Walcott created based on the work of the venerable late sign painter Mike Stevens. The flowing ease of this font with its mid-century modern style makes it a great choice for a design that needs class and approachability. There are at least three versions of each letter and in some cases a few more, giving the font the ability to mimic handlettering more closely. There are also two full sets of alternate "Star Caps" added for extra fun!

Jukebox fonts are available in OpenType format and downloadable packages contain both .otf and .ttf versions of the font. They are compatible on both Mac and Windows. All fonts contain basic OpenType features as well as support for Latin-based and most Eastern European languages.