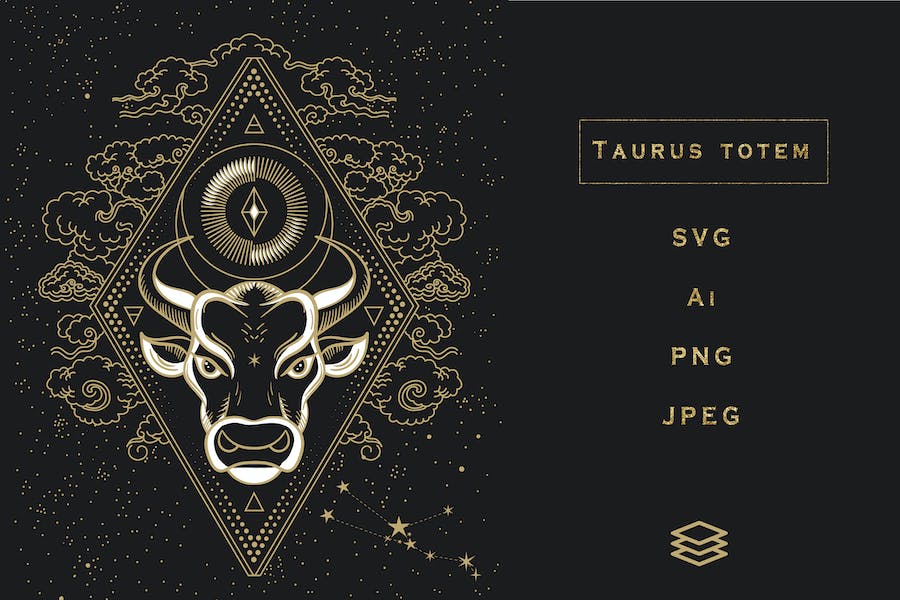 Bulls epitomize masculinity in the animal kingdom, symbolizing strength and power in both their physical and spiritual presence. These massive creatures are unpredictable and appear to have bouts of aggressive rage directed at whoever is unlucky enough to find itself in its path

The bull spirit guide’s unmatched strength, power and and dominating presence has made it nearly equal to a king across many cultures, warranting praise and worship. In ancient Greece, Mesopotamia, Rome, and Egypt, bulls were often offered as a sacrifice to the gods because of the skill with which it took to conquer the beasts.

To add to the list of the bull animal totem’s potent characteristics, they also symbolize provision, helpfulness, and confidence.

File is not merged into one layer It is very easy to edit. It is easy to remove any line in the Adobe Illustrator.

Here you go! Do not hesitate to ask for something else!