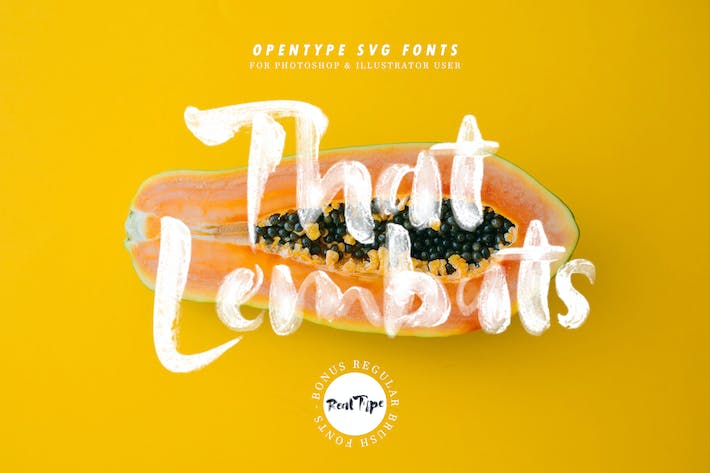 That Lembuts - Regular Version - This font contains of glyphs and language support. All the symbols and punctuation glyphs are there as well.

Don’t have the latest Adobe programs? You can still use the vector versions of the font, which are compatible with practically any program that accepts custom fonts.