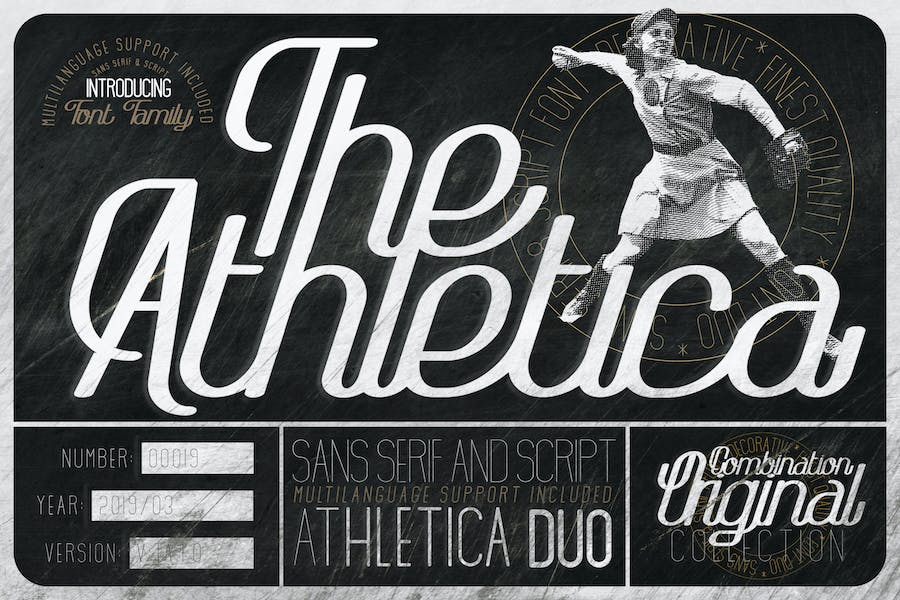 The Athletica Font is an handcrafted vintage monoline script and sans-serif. Inspired by retro posters and magazines, postcards and ads in 40's and 50's.

Font comes with 26 styles. From Regular to Black, Letterpress variation and many others.

The font stays in memory once you see it and it is ideal for display text, print and and also for user interfaces, mobile devices, web design and posters, with a set of optimal characters for your design in any layout.

It looks especially great in large scale, although it still carries it at smaller point sizes.

**Note: ** To access the extra alternate letters, you will need to use the glyphs panel. Many design programs offer this ability, including Adobe Photoshop CC 2015 , Adobe Illustrator, Adobe Indesign.