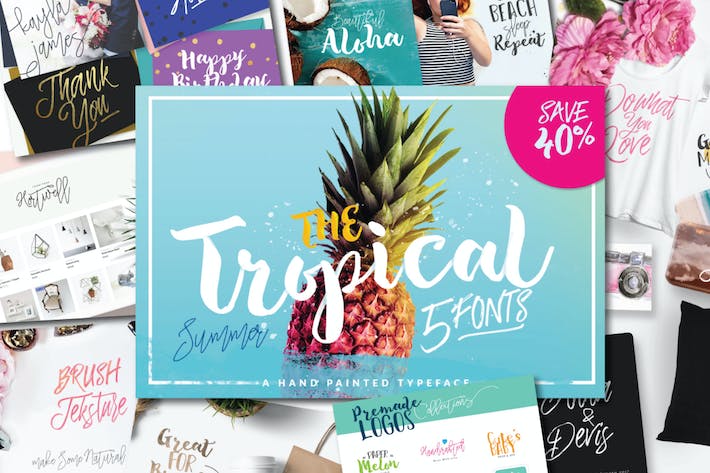 *Tropical Brush Script : A playful yet neat brush script with a bouncy baseline, and a bold presence.with 197 Glyphs. and some alternate.

*Tropical Sans : A playful with sans formal font. with 167 Glyphs.

*All Font include PUA Encoded