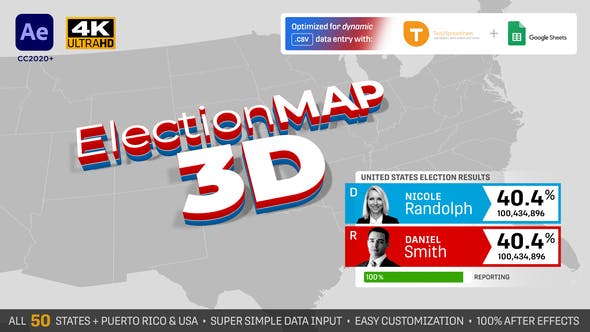 Enter the election results data manually inside of After Effects, or use the powerful and dynamic CSV data file import feature with the Text2Spreadsheet plugin.

The customization possibilities are literally endless with Election Results Elements. The template is infinitely expandable, allowing you to duplicate each graphic as many times as you need to fulfill the requirements of your project.

As with all MotionRevolver templates, Election Results Elements comes with an in-depth video tutorial, walking you through the simple customization process. Take your election project to the next level with Election Map 3D, only from MotionRevolver!