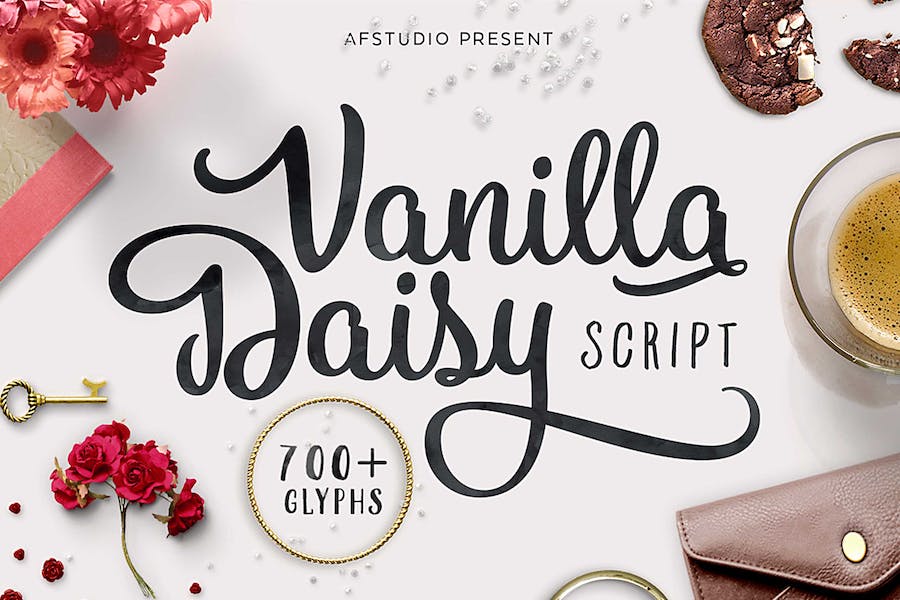 Script font that have a huge alternate characters this gives many options to choose the best for you. Inspired by the dynamic style of hand lettering script and created not too feminine or masculine to make it more unlimited style for your lovely work such as : logos, posters, invitation, wedding, artistic design, website header, t-shirt, accessories, souvenir, etc.

If you are using the application that can access the OpenType Features like Adobe illustrator, Photoshop, Indesign, Microsoft Word, etc. I recommend that just installing the Vanilla Daisy Pro. and If you are using application that doesn't have access the OpenType features like Silhouette Studio, Pixelmator or etc. you just need to install the Vanilla Daisy TTF. it's separated files, so you can choose like changing the a fonts as usual.